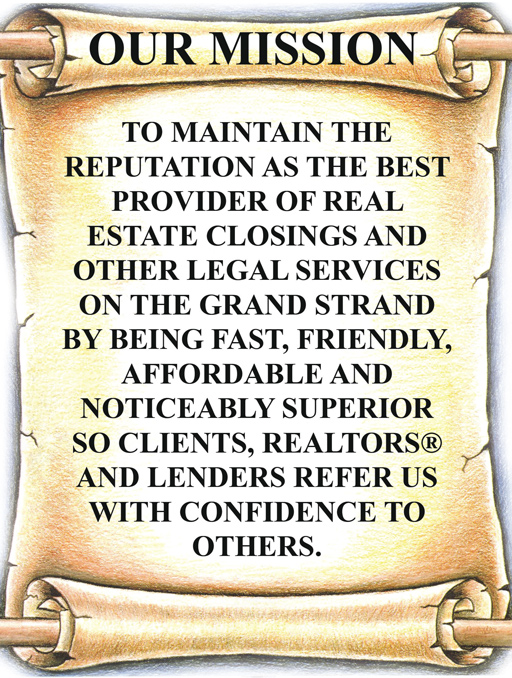 Murray Law Offices was established in 2001 in Myrtle Beach when attorney Jim Murray started his solo practice. Today, the company has grown to include 8 attorneys in 4 offices. Prior to attending law school, Jim Murray was a realtor, becoming Vice President of Marketing for one of the nation's largest real estate firms. In his law practice, he applies his extensive marketing experience.

As Mr. Murray says, "Marketing isn't trying to sell the public what you have, it's delivering to the public what they want, which is the best possible service, a highly competitive price, and convenient locations."

After two years, attorney Katharine Keaton launched Murray Law's second office in North Myrtle Beach. We later bought our own building on Sea Mountain Highway in Little River, our current location. Before long, Katharine's office had significantly increased the volume of client work. Our third office, in the South Strand, was opened in 2004 in the on the Pond Professional Center. This office is managed by Michael McDonough, who has been with the firm since 2005.

In October 2007, we built a new office on Mayfair Street in Myrtle Beach where attorney Jennifer Mullins manages the Real Estate Section.

Fill out my online form.